Anti-squat suspensions are used to reduce body squat by altering the rear suspension so that the forces resulting from accelerating pass through the control arms and suspension linkage rather than through the coilovers or struts.

In MQB, rear suspension we can define our anti-squat by inclination of a line which connects the wheel center and chassis mounting point of the trailing arm. Most of the cars are lowered with aftermarket suspension components. In the picture below the car is lowered and OEM wishbone (and our 0 setup) in MQB car has anti-squat line pointing down (red line), it means that the car has negative anti-squat value. It causes excessive suspension displacement under acceleration and reduces responsiveness.

To correct this we have come up with an adjustable rear trailing arm. When the wishbone in the car is used in 20 setup anti-squat value (green line) is corrected and it is back to factory settings.

If the car wishbone is used in 40 setup anti-squat value (blue line). It makes suspension move even less, thus resulting in faster response of the car from stand still or when exiting the corner. Also when there is less suspension movement camber and toe are less affected (better predictability of the car).

With the increase of anti-squat You also get higher values of rear anti-lift. It keeps Your rear suspension low under braking, which increases grip and car predictability. This allows You to brake later and go into a corner with higher speed and confidence. 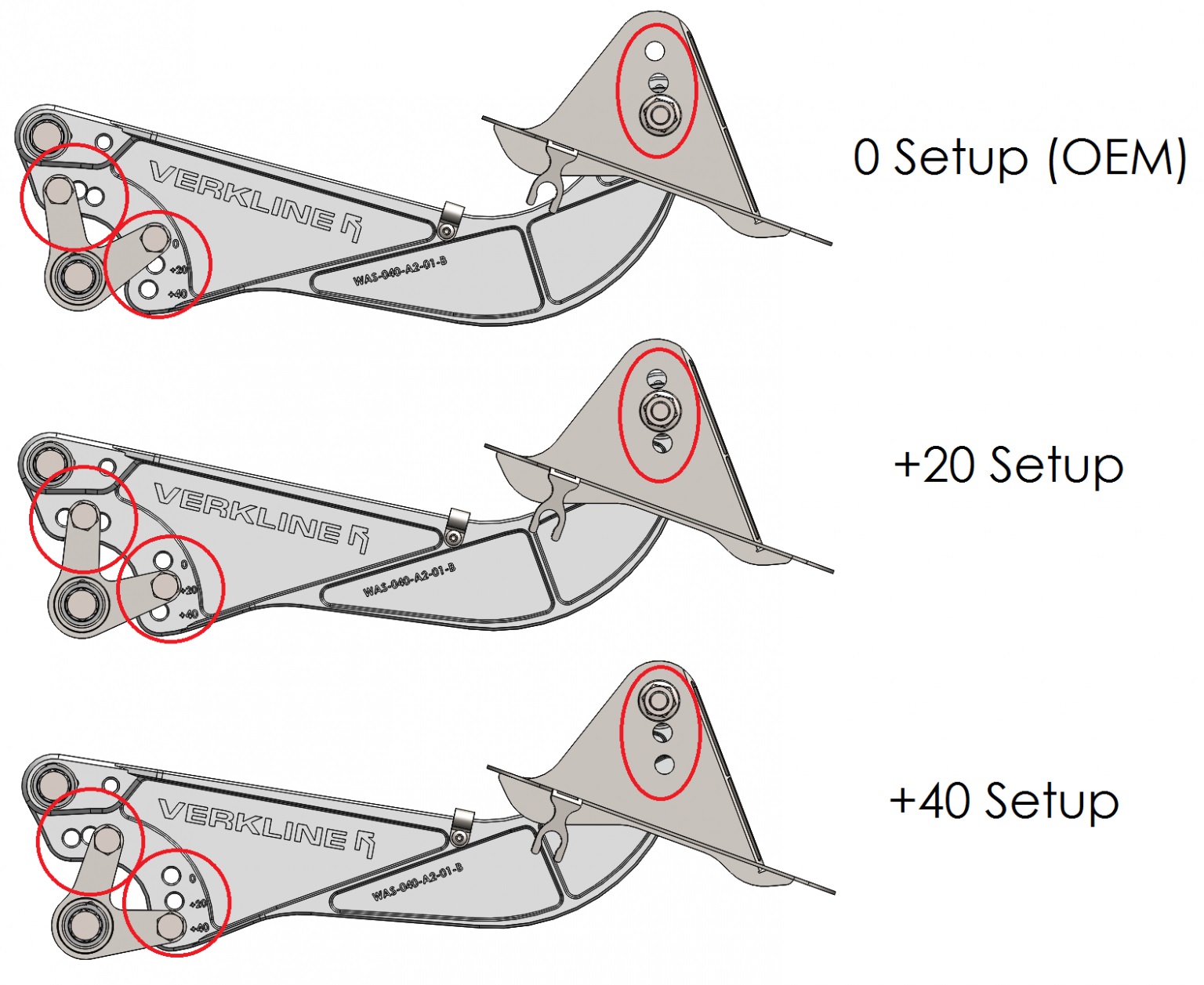 Product functionalities:
– 3 position anti-squat and anti-lift adjustability (0, 20, 40)
– OEM wishbone bends during normal operation and this increases when the car is lowered or camber/toe is increased. Our CNC billet wishbone has spherical bearings to avoid that and it is also big increase of stiffness results in better handling in corner exit and under acceleration.
– High quality, metal spherical bearings instead of rubber bushings, so You will not lose the geometry set when doing alignment.
– Same weight as OEM regarding additional functionality

Note: Sold for off road, track and racing applications only. Installation of this rear trailing arm kit will introduce some additional some NVH (noise, vibration, and harshness) transfer into the cabin.

We have detected that you are located in Great Britain, if you want to be transferred to the UK official distributor website click the button below.


If you are outside the UK, please ignore the notification and close the window

We have detected that you are located in North America, if you want to be transferred to the North America official distributor website click the button below.


If you are outside the North America, please ignore the notification and close the window


We usually respond to e-mail enquirers within 8h or sooner.

No products in the cart.